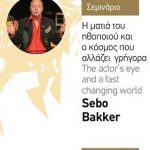 From 1 to 4 September, the island of Crete (Greece) will host the Roots festival, organised by Omma Theatre within the framework of the European Caravan Next project. ZID Theater participates in this festival, along with several major European partners from various countries, including Denmark, Italy, Germany and Poland.

On 1 September, director Karolina Spaic and actor Sebo Bakker will travel to Crete’s capital Heraklion to attend the Roots festival. By invitation of the Omma Theatre, Sebo Bakker will present his new performance lecture The Actor’s Eye and a Fast Changing World there, on 3 September, at 3 p.m. It is a personal work demonstration about his 25 years of working with ZID Theater. In his theatre work Sebo Bakker is exploring ways to build bridges between people, cultures and generations through working with various theatre techniques. In those many years of intercultural and multidisciplinary theatre work with ZID, he has developed a unique, universal theatre language. He now shares his experiences with an international audience in an interactive manner.

Roots is one of several such festivals taking place all over Europe between 2016 and 2019. Caravan Next is a very broadly oriented Social Community Theatre project, connecting professional artists with local communities and residents in a network of theatre organisations and cultural institutions all over Europe. Caravan Next consists of 13 co-organising partners from 11 European countries and 30 associated partners in both Europe and beyond. From 12 to 18 December 2016, ZID will organise the International Festival Explorez in Amsterdam. 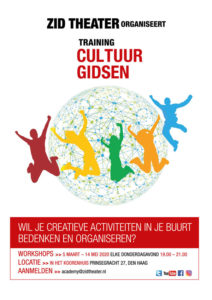 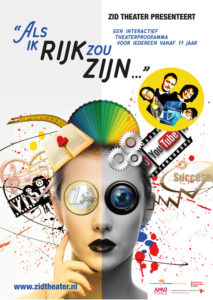 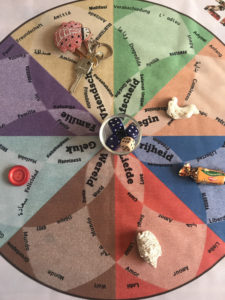